Due to the recent happenings in the Nigeria today about SARS killing innocent citizens carelessly without properly making investigations to be sure that what they are being accused of is true or not. The Nigeria Police Force also is not exempted as they detain innocent people, brutalize them and even sometimes resulting to sentencing them to life imprisonment to crimes they know nothing about.

It is my joy that the youth of this country has formed a formidable force and decided to go on a peaceful protest calling on the Federal Government to put an end to SARS, put an end to police brutality and reform the Nigeria Police Force (NPF). It is said that police is your friend but that statement has ceased to exist since the police that is supposed to protect us are the ones brutalizing us.

With the announcement of dissolving SARS and instituting SWAT, the Nigerian youths have refused to accept that. This is because; we believe that just as NEPA was renamed to PHCN so has SARS been renamed to SWAT. The youths of Nigeria has adamantly refused that decision and insist on putting an end to SARS and SWAT and then demand the Nigeria Police Force to be reformed.The Project for Human Development (PHD) a pro-life, pro-abstinence, not-for-profit, Non-governmental Organization (NGO) that the main focus is promotion of fundamental values, character and excellence among the Nigerian youth through the establishment and running of PHD School Clubs of Excellence is not left out as she has joined the masses in their quest to get things right in our dear country.

We want a Nigeria where we can have freedom of movement and not be scared of what is going to happen next, a Nigeria devoid of killing of innocent citizens, a Nigeria where the standard living is will be quite conducive for us and for our children’s children to enjoy. We want a Nigeria that other countries will envy as a result of the availability of adequate facilities in the health sector, education sector, etc.

Some PHD staffs were able to interact with some of the members of the PHD School Club of Excellence in Ansaru-deen Secondary School who expressed their disappointments over our leaders on how much they have failed in every aspect and demand a change of governance where the young people can take over.

Some are equally of the opinion that SARS must come to an end as most of their relatives were killed in their cold blood by these heart heartened individuals. One was already in tears at the mention of that name SARS as he explained how SARS killed his elder brother just because they saw him driving a Range Rover car. 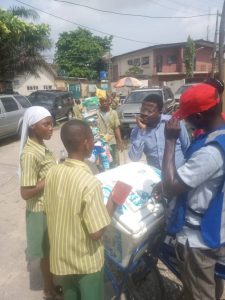 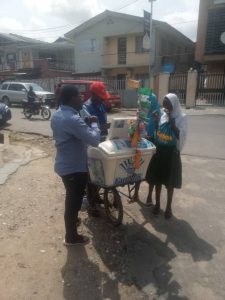 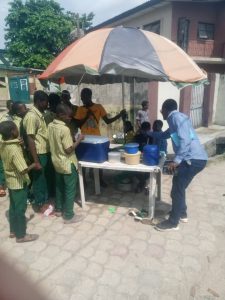 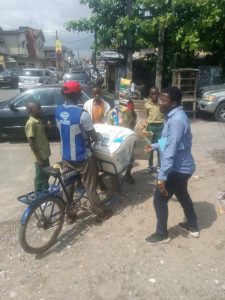 Chinemerem Adibe is a staff of the Project for Human Development (PHD), A Lagos Based NGO