One of the effects of the protracted period of moral decline in young people was the disappearance of the chaste and pure youth, in short, virgins. It was either they had disappeared completely or that people were ashamed to own up being virgins.

Sadly, we reached a stage where a cardinal virtue became a vice. The starting point in resuscitating the virtue of chastity lies in promoting it as a cardinal virtue. So far PHD has started getting results in this direction. A few examples will suffice. In the past three years, PHD has been organising Pro-Abstinence Marches in commemoration of the World AIDS Day.

For each Pro-Abstinence March the PHD clubs organize themselves in orderly ways and march proudly and boldly through the streets of Lagos in promotion of abstinence and virginity. It is interesting watching these students marching with pomp and pride professing their belief in abstinence and virginity. It is still more noteworthy that during this march many non-members of the PHD Clubs who fancies the idea of the March usually joins in the march to extol the virtues of abstinence. This shows that contrary to certain belief, modern youth can embrace and practice abstinence/chastity/virginity as a virtue.

A couple of years ago, condom billboards adverts were mounted close to some secondary schools in Lagos e.g. The Lagoon School Lekki, Government. College Eric Moore etc. The PHD Club, The Lagoon School, wrote a protest letter to the advertisement regulators, APCON. In response to their letter APCON ordered the dismantling of all such illegal adverts in Lagos

The impact of corrective measures on human behaviour is initially quite slow and difficult to measure. But it must be noted that PHD club activities are not just about abstinence, sex and virginity. It is about the development of purposeful, chaste and balanced individuals. We believe that with time Chastity Club activities will start showing in academic results and the workplace. Personal testimonies of some club members attest that chastity enhances the overall performance of the individual in responding positively to challenges. 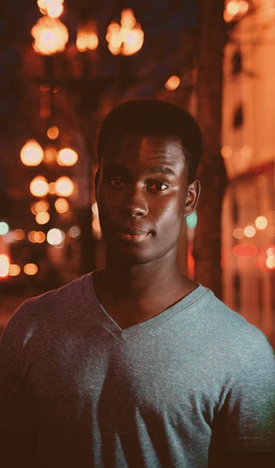